In honour of Col. Roger Bowden the meeting room at New Green has been renamed the Bowden Room. He can be thought of as the ‘farmer’ of the New Green. Below are how when he sowed the ‘seed’ it flourished into the New Green Centre. 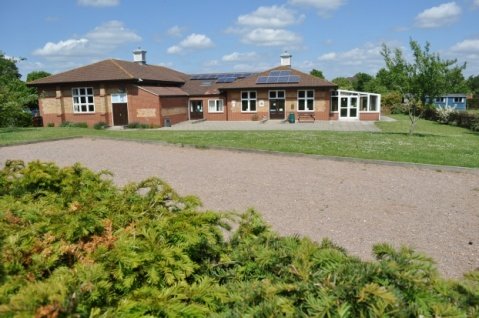 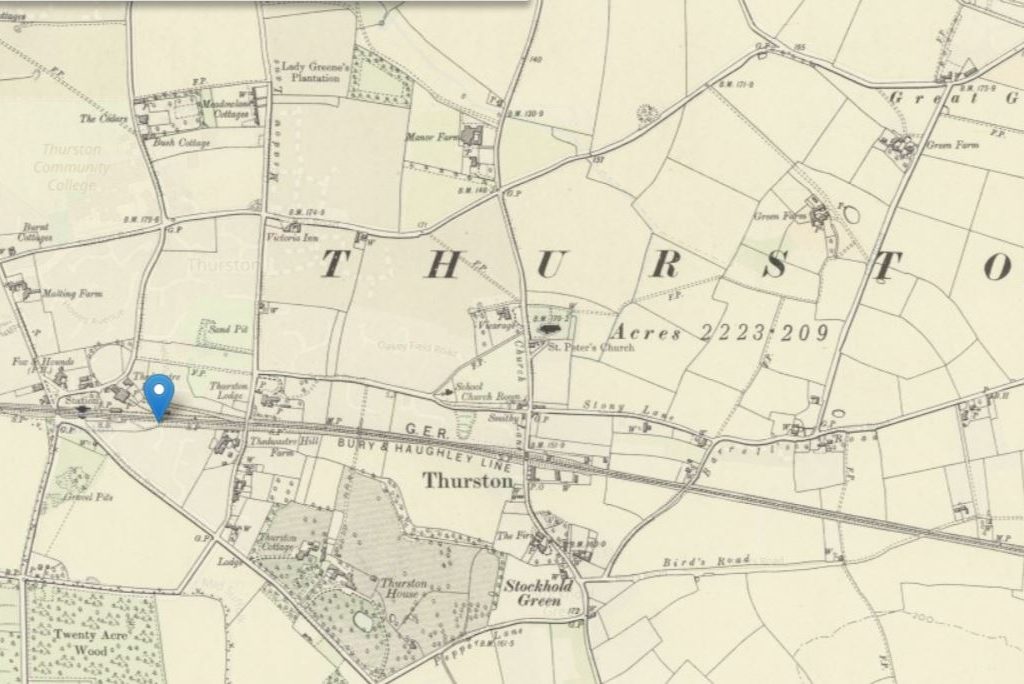 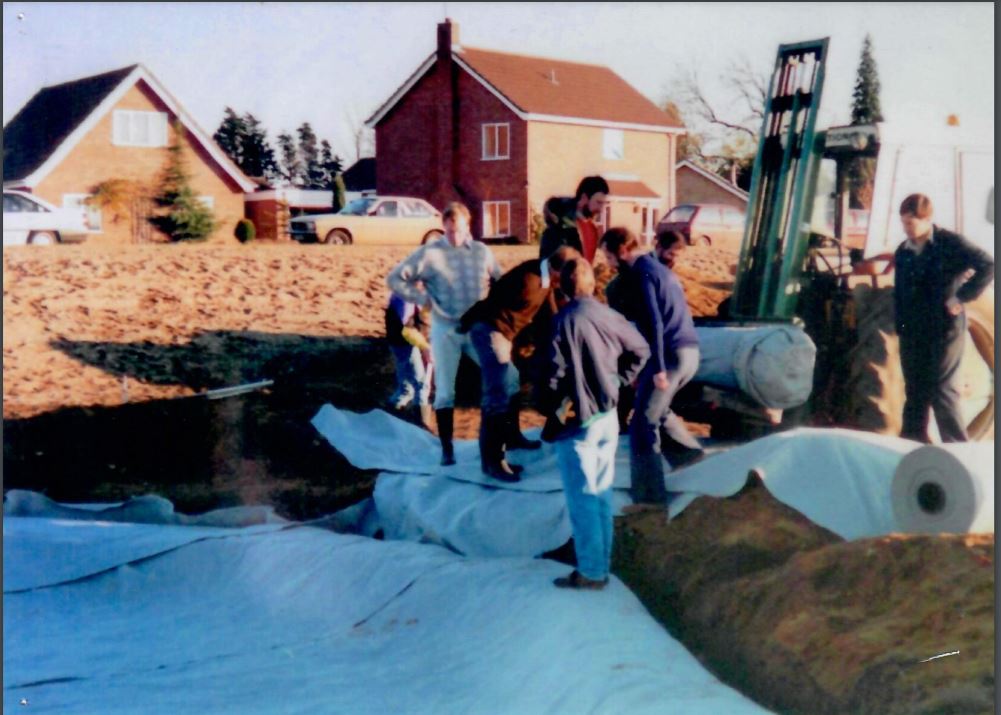 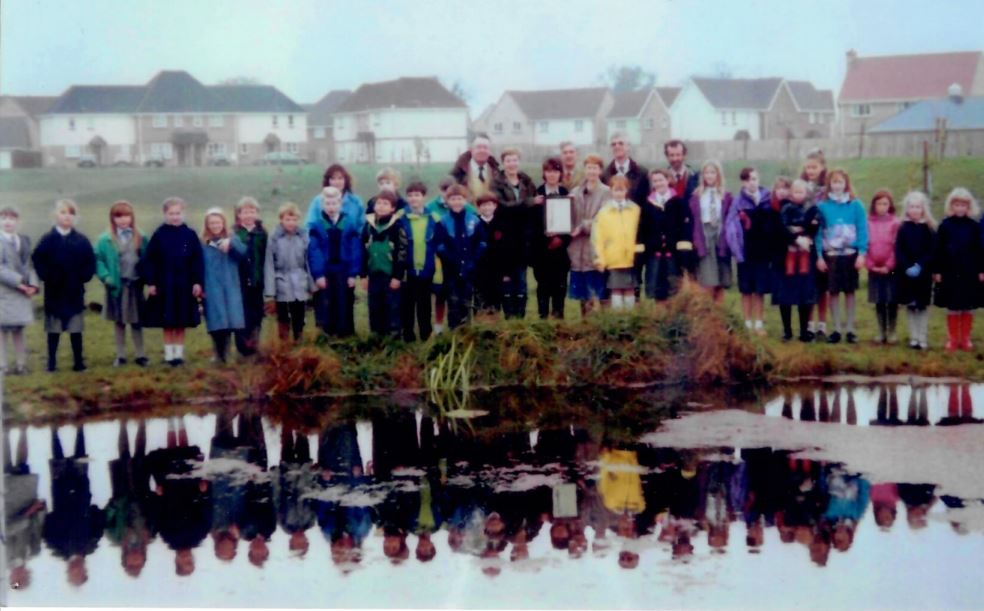 For many years DURING THE MID 1970s, the Thurston Parish Council had been trying to acquire 10-15 acres of land to create an open space between the old village centre along the Church Road area to the large new developments in Heath Road, Maltings Garth and the Genesta Drive area.

The West Suffolk County Council built in 1973, Thurston Upper School, so it would be in the middle of the two areas. They planned for Thurston to develop into a large village / small town.
Photos of School being built.
At that time, the centre of Thurston was very cold windy due to the 40 acre plus open fields. The only connection between them was a muddy narrow footpath from School Road to Station Hill and through another field to the New Post Office on Barton Road. The fields had no trees and were farmed by Manor Farms, which had recently changed hands to the Myatt family.

The Parish Council approached the new owners, the Myatt family and after much discussion they came up with the idea for the whole middle area. The Parish Council would be given 12 acres to create an open space, a Community Centre as well as sheltered housing area. Houses would be built on the remaining land, now named New Green.

The Vice Chairman of Thurston11 PC Roger Bowden of the Parish Council was elected for the project as he was a Quantity Surveyor that had been involved in the main contract to build the New Hong Kong Airport. The plan led to the development of the 12 acres site. Another 8 councillors were brought onboard.

In conjunction with the Myatt family, the Parish Council allocated a two acre area to be sold and develop sheltered housing, along with roads and footpaths. During this period the government announced that they planned to abolish Parish Councils and replace them with larger Regional Councils. To ensure that the new councils could not sell off the land, it was decided to transfer the assets to a newly created charity, New Green Community Trust, with all 9 Parish Councillors made Trustees, and 6 residents were elected each year at the Annual General Meeting (AGM).

In 1988, the Parish Council held a meeting at the Cavendish Hall to outline their proposals for the development. 300 residents turned up, unsurprisingly they could not fit in. So a further meeting was arranged at the Upper School (now Thurston College) then tenders were put out to Architects firms.

At the second meeting, the residents were asked what they would like to see on the 10 acre site. It was very clear that a pond and conservation area was wanted, with overwhelming support for a bowling green and tennis courts. Very few people wanted a football pitch as these were available elsewhere in the village.

For the first two years the committee met at the Chairman’s house. Four sub-committees’ were formed: Open space; Buildings; Bowling Green and Conservation. The whole committee discussed the design build, the bowling green was originally going to be on the triangle with the play equipment, a quarter mile run with exercise points along the route, two tennis courts were going to be on the North flat area, however the bowling green was moved next to the community centre so it had easier access to the bar. This involved moving huge quantities of earth as it was a dip that needed to be filled in and levelled.

In 1988 the first AGM was held in Cavendish Hall and again over 200 residents attended and there were 10 candidates standing for 6 vacant seats.

One of the Trustees who had been in charge of purchasing at the West Suffolk Hospital, and we were able to obtain our furniture kitchen crockery, cutlery carpets at very low prices (in fact all the plates and cups had NHS printed on them), was appointed to the committee.

The open spaces sub-committee decided to involve the Thurston Primary School and 6th form from the Upper School with the planning and planting up of 10 acres. Once the grass was established over 1,000 tree saplings were planted. 1991 was a very dry Spring and Summer and over 300 yards of hosepipe was bought. Volunteer parents and teachers supervised teams of local children and teenagers to ensure that every tree got 4 minutes of water once a week. We only lost 15 trees. 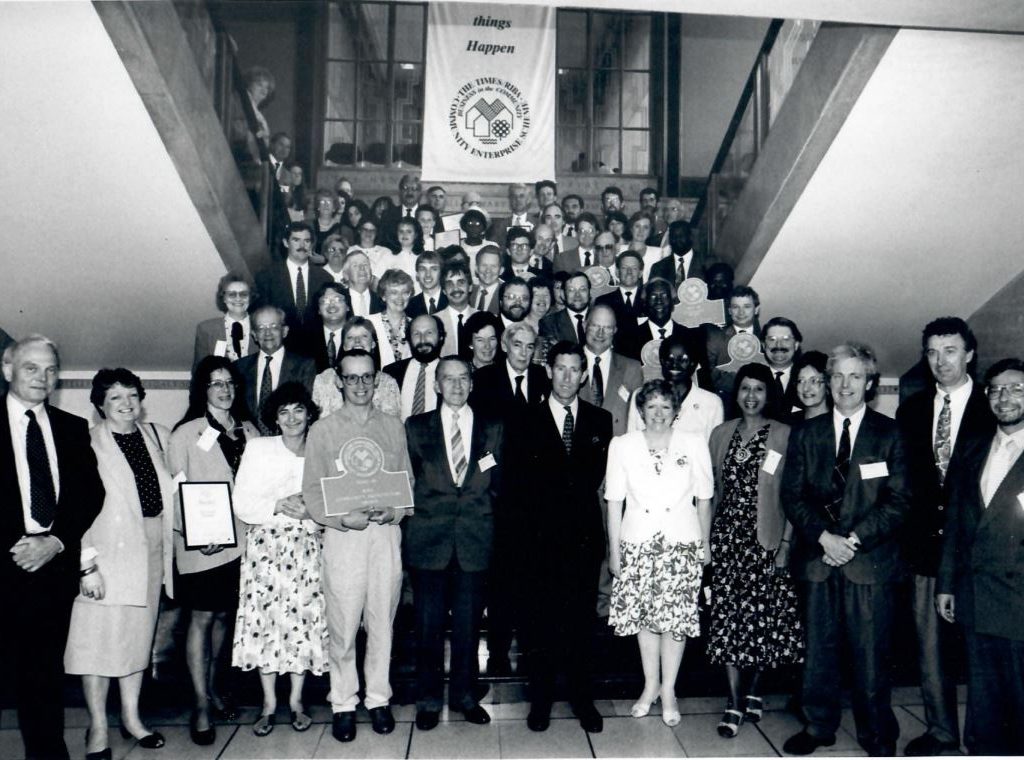 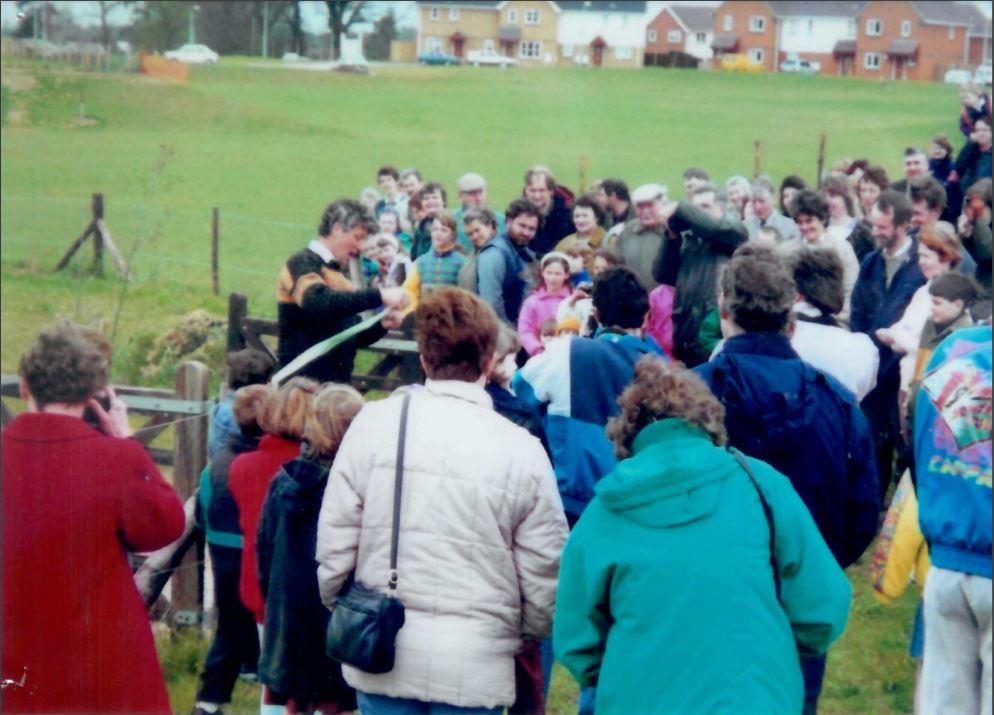 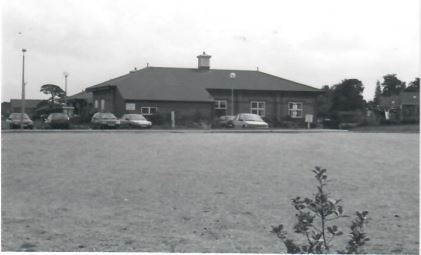 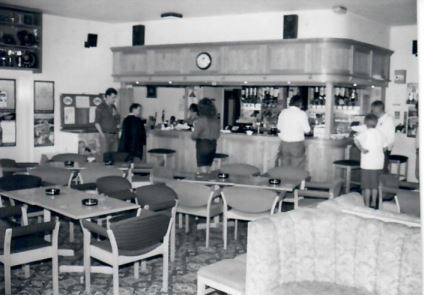 The room was fully carpeted with upholstered chairs and benches. At weekends it was packed with young married families. Light refreshments were available on Sunday lunchtimes.
Photo of a local family in 1990s having fun at the social club

The Chairman of the club was elected by the committee after the AGM. On an average year, a net profit of £10k to £15k was transferred to the Trust.

In 2000 The Charities Commission wrote to over 400 charities that were running social clubs, stating that charities must not run licensed premises. So it was transferred to being run as an independent social club. Otherwise The New Green Community Trust would be stripped of its charity status. This relates back to a decree from an act of Queen Elizabeth I in 1601 and is known as The Statues of Charities. This states that no charity should benefit directly from the sale of alcohol.

After this the Church took over the lease of the bar area and turned bar stools into a tea shop. 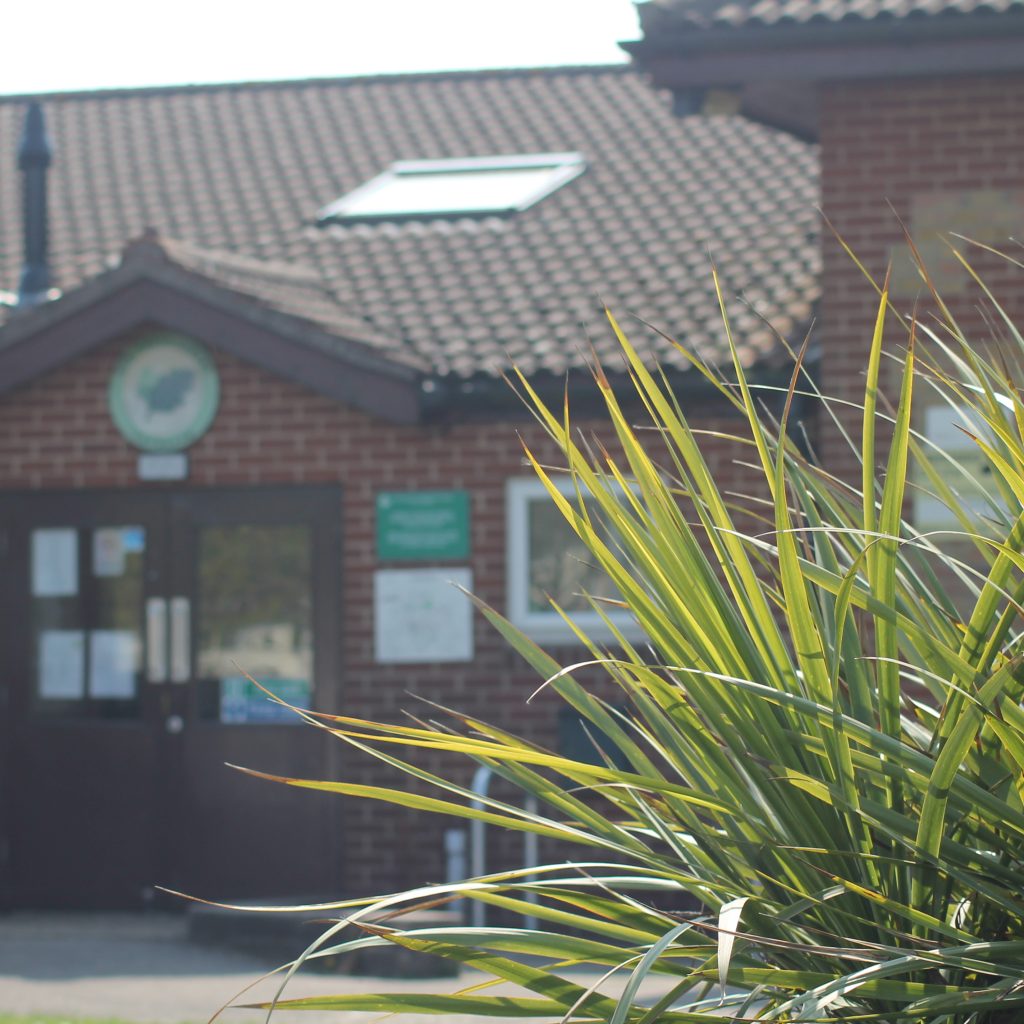 Newspaper articles on the New Green 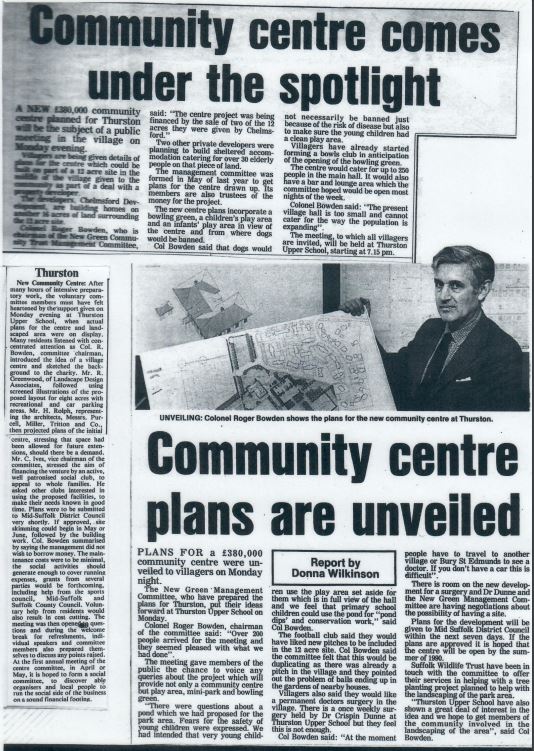 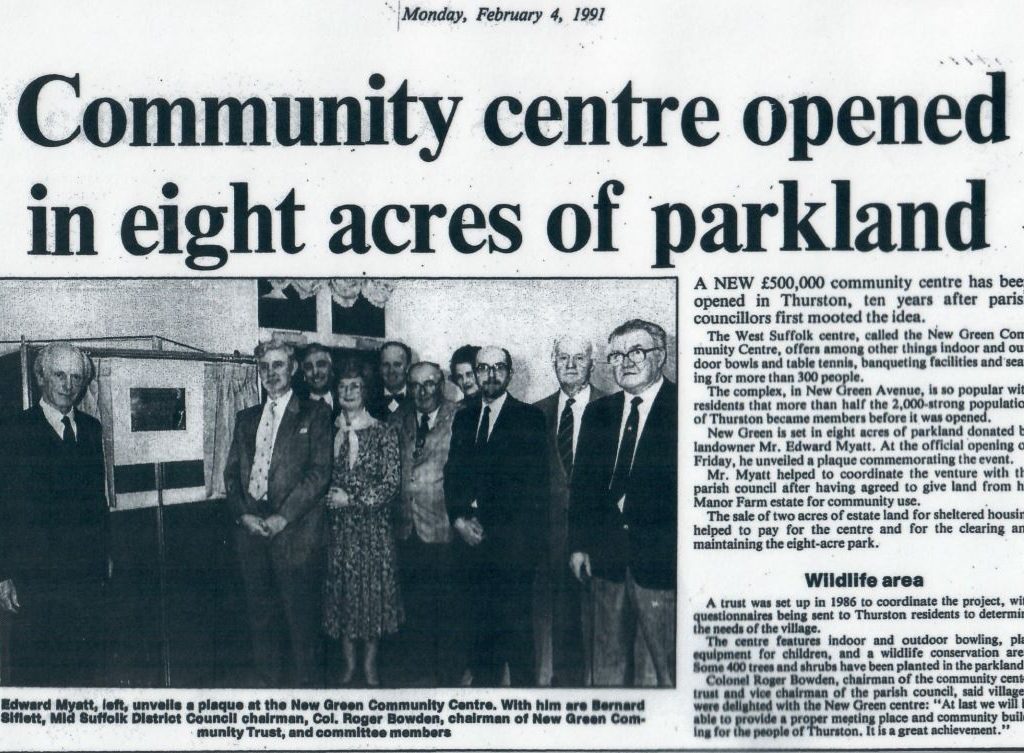 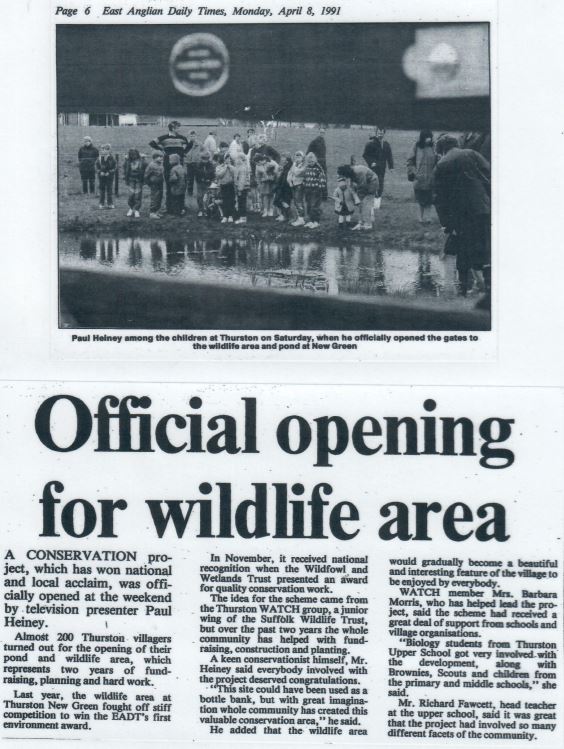 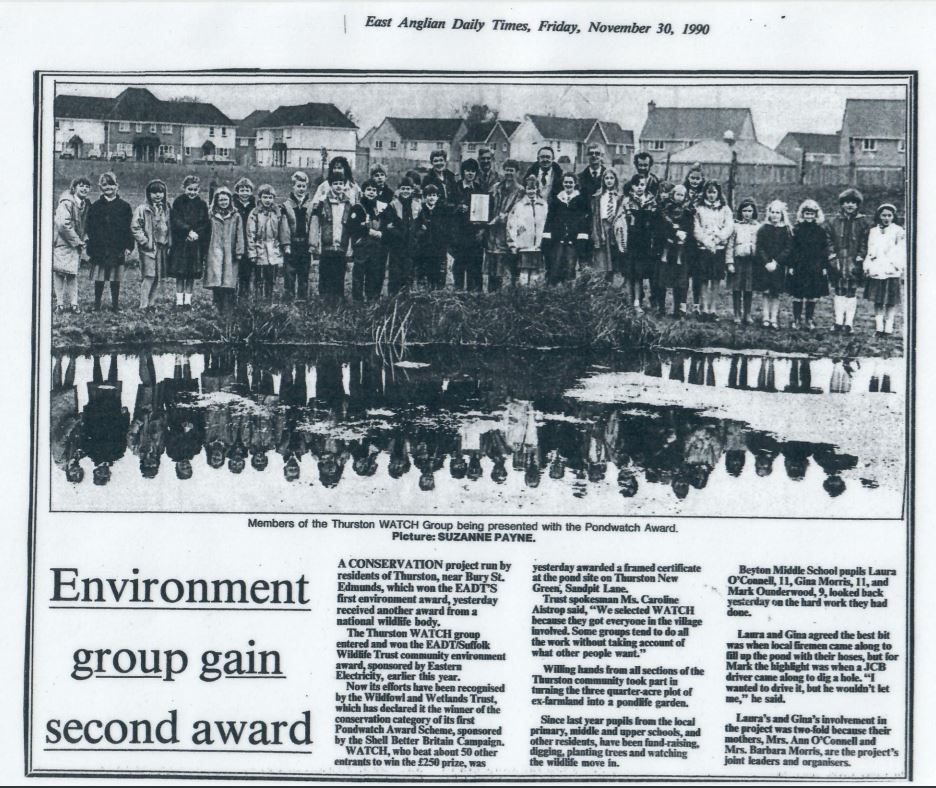 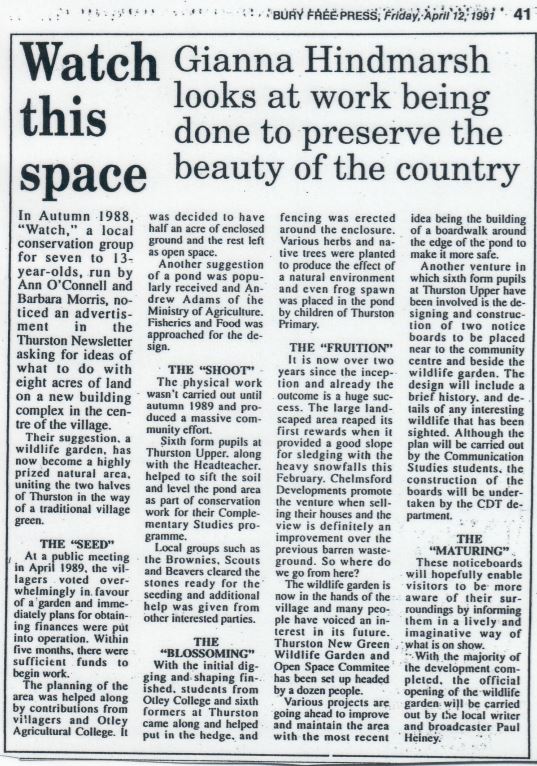